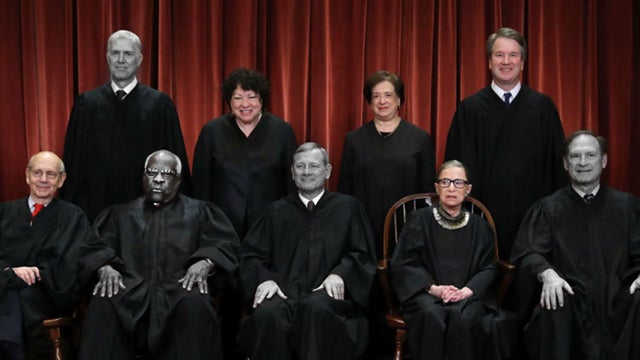 I'll tell you what this is. The case is Apple Inc. v. Pepper. A bunch of iPhone users got together, sued Apple complaining that the App Store is the only place that iPhone and iPad apps are available, and, as a result, Apple has a monopoly on the iPhone apps after market. They claim that prices are consequently high because Apple charges, in effect, a 30% commission on the price of every app that is sold. So if you go buy an app in the App Store that is six bucks, the developer has to give Apple 30% of that.

Well, Apple keeps 30% of it and then gives the developer 70% of the price. So what the developers do is they build that 30% into their price, which these people suing claim is causing prices to go up higher than they would be if Apple were not taking its cut, or if Apple's cut were lower than 30%. Now, we're talking about things here that cost 99¢, $1.99. In some cases, subscriptions are a different animal. You know, the app business is largely becoming a subscription service.

Rather than a one-time buy, you get the app for free and you get certain elements of the app for nothing. But then if you want full functionality, you gotta subscribe, 99¢ a month, $4.99 a month, whatever it is. But whatever it is, Apple gets their 30%. So the people suing claim two things. That they can't go anywhere else to get these apps, that Apple controls what apps are available and what they cost, and Apple is running the prices up with their effective 30% commission.

The people suing claim that the prices are high because of all this. A district court decision, lower court decision "had said that iPhone users did not have standing to bring the antitrust claim because the developers are the ones selling the apps, not Apple." So a developer writes an app and then goes to the App Store for the approval process. Apple approves the app (if it gets the approval) and it's up for sale. At that point it's up to the developer to market it, to let people know it exists, unless Apple thinks so much of the app that it highlights it itself -- which it does.

But that's not really a factor. I'm just explaining how it works. The lower court said that Apple couldn't be sued because they're not selling anything. All they are providing is the store, and they get a commission, but they're not selling anything. "Court precedent says that indirect who are at least two steps removed in a distribution chain cannot sue. Apple also claimed that because they don't set the retail price of the apps on the store, iPhone users cannot sue them. The Ninth Circuit, however, said that Apple is indeed the seller, through their App Store.

"Kavanaugh agreed, along with Justices Ruth Ginsburg, Stephen Breyer, Sonia Sotomayor and Elena Kagan. 'It is undisputed that the iPhone owners bought the apps directly from Apple,' Kavanaugh wrote" in his majority opinion. "He also addressed Apple’s claim that they do not set app prices by pointing out that the company’s practice of charging app developers $99 per year" to join the community "plus 30% of sales indeed affects pricing." That's right. If you're a developer, you gotta pay 99 bucks a year to have the opportunity to get beta somewhere so that you can write apps for forthcoming Apple release software.

So Apple does charge developers 99 bucks a year plus they take 30% of whatever is sold. Kavanaugh said this means that Apple's selling it, that the lower court was wrong and that the Ninth Circus was correct. Now, it says here (this is a Fox News story) "Kavanaugh’s stance with the liberal wing of the court was striking. President Trump’s second nominee to the high court faced fierce Democratic opposition during his confirmation process, over sexual misconduct..." 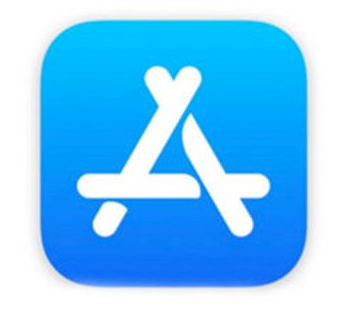 Now, "Justice Neil Gorsuch, Trump’s other pick, wrote the dissent for four conservative justices in the Apple case. The consumers’ complaint against Apple is the kind of case earlier high court rulings said was not allowed under federal laws that prohibit unfair control of a market, Gorsuch wrote." This is what Gorsuch said. "The court’s decision did not make any ruling on the merits of the case. It simply allowed for the lawsuit to go forward before a lower court."

This was a case about standing. Do these iPhone and iPad owners have standing to sue Apple. Previously, Supreme Court precedent said, "No, they're too far removed. Apple is too far removed from the ultimate sales process." Kavanaugh agreed with the libs on the court. So now the case will be adjudicated. Now these people... Nothing changed process yet. It just means these people can go ahead and sue Apple. It could force Apple to either cut their commission from 30%, or if Apple is found liable and guilty, then the judge could triple the compensation to consumers.

If this goes to the consumers that have filed this lawsuit, if you benefit from it, you're probably get a dime. I mean, there's so many people gonna be digging into a relatively small amount of money by the time it gets divvied up. The real question is, "What's Kavanaugh doing here?" You go back to the Federalist Society, Kavanaugh was the best of all. Better than Gorsuch, more conservative, more pure this, that, and the other thing. This is the second or third time now that he has aligned with the leftists.

And I'll tell you what I think, I think all that Blasey Ford stuff worked! I think it's classic! I'm wild guessing; I don't know. I've never met Kavanaugh, don't really -- talked to anybody about this. I'm wild guessing. But I -- this just strikes me as so typical. Okay. I'm gonna show them they were wrong. I'm gonna show them that they were wrong about. I'm gonna somehow 'em I can be fair and the way you show a liberal that you're fair is agree with them.

RUSH: The Kavanaugh decision with the four liberals on the court voting today saying that consumers who brought suit against Apple for monopolistic practices, essentially, in the App Store can sue. The decision today said nothing about guilt or innocence. It didn't decide the case. The case was about standing.

Do the iPhone users who were suing Apple for monopolistic practices at the App Store...? Do they have the right to sue? A lower court, district court said, "No, they don't. They're too far removed -- at least two steps removed, Apple is -- from direct buyers. Well, the buyers are two steps removed from the actual price setter, which would be the developers. Not Apple. The Ninth Circuit overturned the lower court decision, and the leftists on the Supreme Court with Brett Kavanaugh affirmed the Ninth Circuit.

Now, I don't want to get back into the merits of that because I just did in the last hour. But some people are trying to defend Kavanaugh. "This is a great decision -- a great, great decision out there. This shows that Kavanaugh is on the warpath against tech overlords who are sensor conservatives in social media so forth." Now, I understand that, but this has nothing to do with Facebook or Twitter censoring conservatives. Now, how many of you...? When you think of social media, how many of you think of Apple? You know, Apple's tried social media twice, and they bombed big time. (chuckles) Well, both times they've tried it within the music app.

They tried at Ping and they tried a social media site with artists and producers, supposedly opening up connectivity with fans and buyers and so forth. It's never worked, and they tried... That was called Ping. There was something else prior to Ping. I forget what it was. They tried it twice; they bombed out. But this was not a social media. This is not the Supreme Court finding against a Facebook or Twitter out there censoring conservatives. Apple does get lumped in with Facebook and Twitter and Google and Amazon over privacy concerns.

Apple's a lone wolf on privacy. They're the ones making the case that they don't share your data, that you're not the customer.